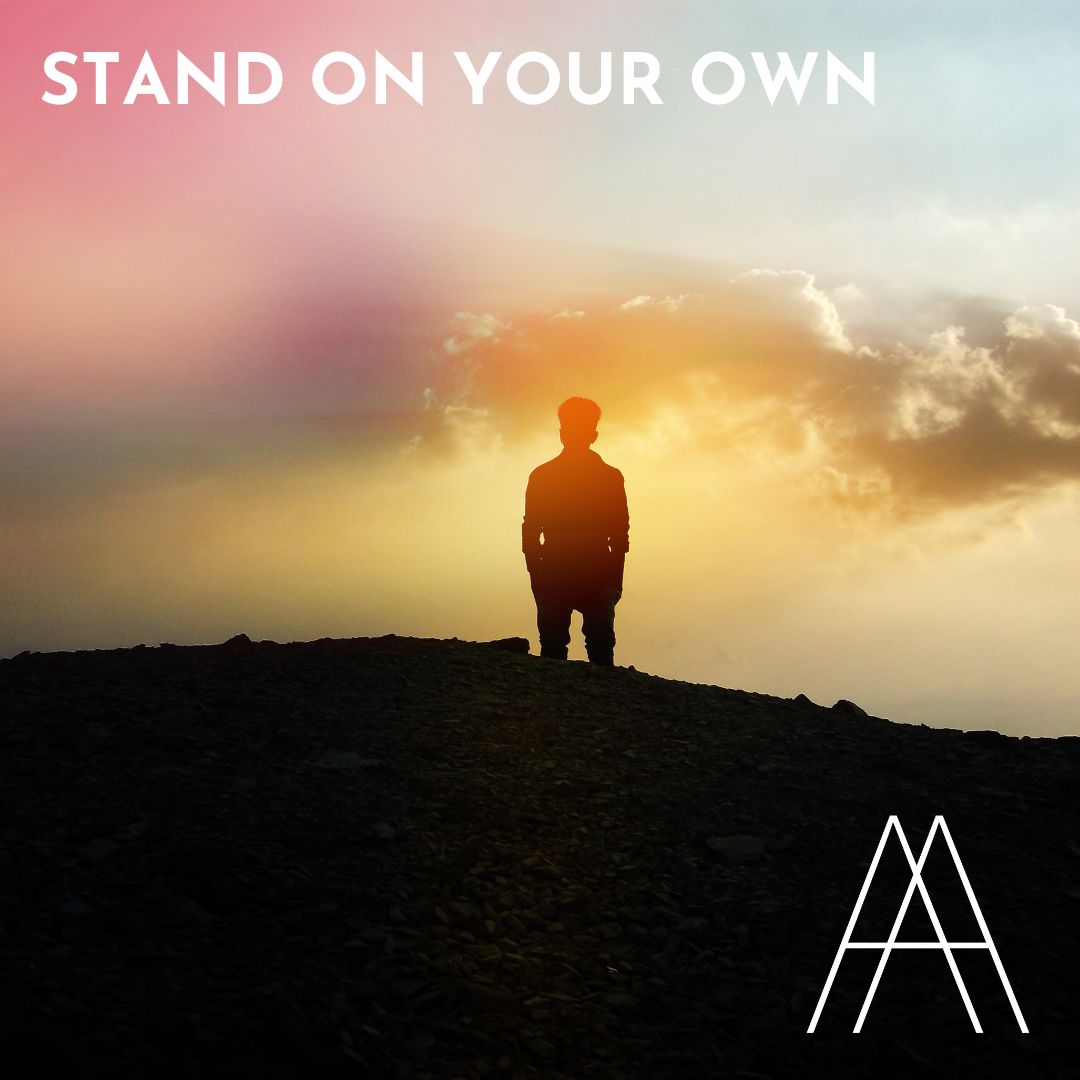 In this episode, I break apart a song called “stand on your own,” which is influenced by Marcus Mumford. This comes from my album Starting Over, which came out August of 2022.

This one is actually the oldest song on the album. I wrote most of this song in 2019, almost immediately after my last album, Good Grief was released. I was riding off of the energy and momentum of the time and wanted to give myself a “pump up” song about following your dreams and supporting your friends and loved ones in their struggles.

When it came time to record, I took some influence with the production from the theme song of the TV show Ted Lasso, which was recorded by Marcus Mumford.

I like the beat a lot so I created a similar beat for my song. The kick drum has a steady quarter note beat, which is sometimes called “4 on the floor” by drummers.  I used samples from the circles drum library and programmed the kick, snare, toms and cymbals in protools. Then I recorded a tambourine part of top of it. In the pre-chorus, the chords hold out so to keep the momentum up, I change the beat to this tom roll. With the beat squared away, I started adding guitars. First, the acoustic has a fairly busy strumming rhythm, which drives the momentum of the song. I think it works because it’s on top of a fairly steady beat.

Next are two electric guitars which a more simple strumming pattern to fill it out more. One of them is clean and the other has a light overdrive distortion. For the ending I wanted to kick the energy up a notch so I added two more distorted electric guitars.

So with the basic core of the arrangement in place, it felt like it needed some more melodic elements. So, after some improvising. I came up with this piano part to give it more melody and add energy. In the choruses, it plays this steady piano part which kind of anchors the song a bit. And then an organ that art just to fill things out a little more.

For the vocals, I tried to keep some movement with the melody. Some of the notes get to the edge of my. Vocal range so it makes me have to strain a little but I think I kind of adds to the emotion a bit. Here’s The vocals isolated on the chorus.

Regarding the words, I heard a quote a while back that “people don’t care how much you know until they know how much you care” and so a version of that line made its way into the lyrics of the song.

This is the most upbeat track on the album and so I decided to put it first. I felt like it was a good way to kick off the album before diving into darker territory in later songs.

This song is available to license for your projects like podcasts and videos. Find it at archesaudio.com or Use the promo code “songoftheweek” at checkout to get 50% off your purchase of this song until January 22nd.

Also, for listeners of this podcast, Arches Audio is offering 10% off your purchase of the other songs in the music library, as well as any services, including audio editing, artwork, and a new course on podcasting. Visit archesaudio.com and use promo code “makingmusic” at checkout..